The Eastern Theological College (hereafter as ETC), as the premier theological and training institution of the Council of Baptist Churches in North East India, plays a leading role in promoting theological education in the North Eastern region of India. By adopting a need-based programme, it caters to the ever growing and diversifying needs of the CBCNEI and other sister Churches of the region and beyond. Its history goes back to 1903 when the American Baptist missionary the Rev. P.H. Moore, a graduate of Colgate University Made a small and yet significant beginning by starting the Assam Valley Bible School at Nowgong (now Nagaon) with just three students .It ran fox six months a year – April to September . Later the American Baptist Foreign Mission Society (now the Board of International Ministries – BIM – of the Baptist Churches in the United States of America) decided to shift the Bible School programme to Jorhat . Accordingly , on 12 January 1905 , the Rev. S. A. d. Boggs pitched his tent by the side of the Tocklai river near the present College bridge. After a year , S Preparation the Bible Training Centre got started in April 1906 With 18 Students- 5 from the Nowgong Batch and 13 fresh ones. In this pioneering work Boggs was ably assisted by the Rev. Henry Goldsmith since the Nowgong days in 1904. the institution later grew into a group of schools called the Jorhat Christian Schools which included the Bible School (1906), a Middle English School, a Normal School and an Industrial School (all in 1907) and later a High school (1914).

Bahona College, [BC] Jorhat
View all colleges in Jorhat 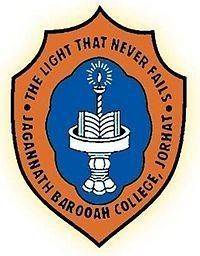 Bahona College, [BC] Jorhat
View all colleges in Jorhat