Course fee for B.Tech is INR 55000 per year. Most of the students get a scholarship every year.

SHRI JAGDAMBIKA PAL, Chairman, Surya Group of institution, was born in BASTI DISTRIC of Eastern U.P. He graduated from Lucknow University in 1970, did L.L.B. from Gorakhpur University in 1973 and completed double M.A. in History and Political Science in 1980 and 1982 respectively from Avadh University.

Philanthropist with enthusiasm, he joined politics and served his state as a member of the congress party. He was elected as M.L.C. twice, from 1981 to 1993 and MLA thrice from 1993 to 2007 representing Basti Vidhan Sabha constituency. Elected in 2009, he is currently member of parliament from Dumariyaganj (sidharth Nagar) constituency. His other portfolios include State Minister, Cabinet Minister and Chief Minister of Uttar Pradesh. He served as President of U.P. congress committee in 2003-04 and President-U.P. Olympic Association, Lucknow. 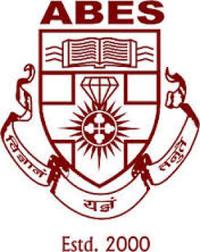 JSS Academy of Technical Education, [JSSATE] Noida Noida   7/10
View All Questions & Answers
Are you interested
in this College?