Academics in this college is not up to the mark. Teachers are not interested in teaching, they usually time pass.

There are many clubs like for acting, dance, modeling, bhangra, arts and many more.

The daily routine is from 9:00 am to 5:00 pm. Method of teaching is good. Overall experience is good.

Quality teaching is good. Well qualified professionals are here and proper attention is provided to every student.

There are numerous events organised by the facilities throughout the year.

Chandigarh College of Engineering and Technology (CCET) is under the administrative control of the Chandigarh Administration and is affiliated to Punjab University for its degree courses and Punjab State Board of Technical Education for its Diploma courses.

Chandigarh College of Engineering and Technology, Chandigarh(CCET), formerly known as Central Polytechnic Chandigarh (CPC), was established in 1959 (which offered Diploma Courses in Engineering).

To cater to the aspiration and ambition of exponentially growing population of Chandigarh, the Chandigarh Administration upgraded CPC to CCET by starting the Degree Wing and by introducing two branches of Bachelor of Engineering in Computer Science Engineering and Electronics and Electrical Communication in the year 2002. At that point of time, the degree wing was under construction. Therefore, the classes for the first batch were held in PEC.

In 2004, the wing was completed and the CSE and EECE branches were officially commenced. In the year 2006-2007 two new courses in the discipline of Civil Engineering and Mechanical Engineering were started with 20 students each(the number being raised to 60 in 2009). The foundation stone for Block B of degree wing was laid in 2008 with the construction beginning in 2010.

Chandigarh College of Engineering and Technology aims to be a center of Excellence for imparting Technical Education and serving the society with self-motivated and highly competent technocrats.

Chandigarh College of Engineering and Technology mission is to deliver the highest quality engineering graduates, provide innovative educational environments, opportunities, and experiences that enable them to emerge as leaders who in turn will benefit the society both locally and globally.

The college campus extends over an area of 46 acres (190,000 m2) of land situated close to the Shivalik ranges and Sukhna Lake.The campus is divided into zones like administration blocks for Degree and Diploma stream, and hostels and residential complex for faculty and staff.

In addition to lecture halls, tutorial rooms and drawing halls, the college has an auditorium, library, computer centers, workshops, laboratories and playgrounds. The college has a branch of State Bank of Patiala with ATM facility, exten

Merit-cum-Means based Scholarship for the students belonging to the Minority Communities. 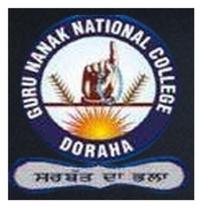 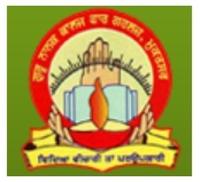 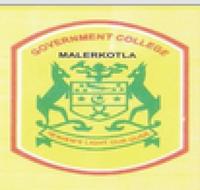