Full name of College is Bahadur Mal Jaskaran Sidhkaran Rampuria Jain College, Bikaner. The College is situated in the heart of the city and it is not only a pioneer college of the city but it is also one of the best institutions established in private sector in our country. Foundation of the college was laid just thirteen year before our independence. It was initially founded as a middle school in 1934 and just one year after its birth, it was promoted as High school and than as intermediate college in 1945. And since then it is constantly progressing ahead.

The Department of Law was established at B.J.S. Rampuria Jain College, Bikaner during the regime of our beloved Principal late Shri R.P.S. Chouhan in 1973. Since then the college with rich tradition has taken big strides. The Department was raised to post Graduation by adding Post Graduate Diploma in Labour Law, Labour welfare and Personnel Management in 1978, the Post Graduate Diploma in Criminology and Criminal Administration in 1984. To add stars to its glory, LL.M. Classes were started during academic year 2006-07 for providing better opportunities of advancement in the field of Law. During 2007-08 separate Law College has been established as per rules of Bar Council of India. In the chain of this progress law classes were commenced in the college and it is now emerging as a pioneering institute with various P.G. Courses in Law.

The chronological progress in enumerated as under :

The Object of the College is not only to prepare conscious and competent members of the legal profession, though it remains its basic mandate but the college is expected to advance and assimilate knowledge of law and legal processes in the context of national development. In other words the college shall endeavour to look at law as an instrument of social change and human well being. 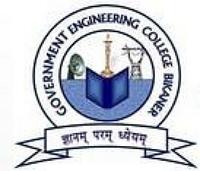