Arulmigu Palaniandavar  College  of Arts Culture, Palani was founded by Arulmigu Dhandayuthapaniswami Thirukoil, Palani in 1963. The birth of this institution marked not only the fulfillment of a long felt need but also a great step forward in the upliftment of the educational status of this part of Dindigul District. Thanks to the remarkable zeal evinced by the Trustees of the Thirukoil and the high moral support extended to them by the then Chief Minister, Thiru. M .Bakthavachalam as well as by outstanding educationists like   Dr.A.Lakshmanasamy Mudaliar and Rao Sahib Captain Dr. D.Sivasubramania Mudaliar, the College took shape much faster than expected and within a year it became a full - fledged First Grade College affiliated to Madras University.

The College is housed in the imposing building that stands on the Dindigul Road set against sylvan background and overlooked by the sacred Palani Hills. Standing right at the feet of the God Palaniandavar, this temple of learning has drawn over 1650 votaries opting for various courses of study. Juxtaposed with the main buildings of the college stand the no less imposing hostel buildings. Arulmigu Palani Andavar College of Indian Culture was merged with the Arulmigu Palani Andavar Arts College in 1981-82 and renamed as Arulmigu Palani Andavar College of Arts & Culture. We are confident that the day is not very far off when the entire terrain in and around Sivagiripatti will be converted into a great centre of learning almost a Shantinketan of the South. We are sure too that the new Managing Body headed by Commissioner, Hindu Religious and Charitable Endowments Deparment, Chennai - 600034. Joint Commissioner / Executive Officer, Arulmigu Dhandayuthapaniswami, Thirukkoil, Palani as Correspondent Palani, Deputy Commissioner, Arulmigu Dhandayuthapaniswami, Thirukkoil. Palani as Secretary while striking many new grounds of progress, will strive to make that dream a reality.

The fee structure for M.A (English) in Arulmigu Palaniandavar College Of Arts And Culture, [APCAC] Dindigul is given below.

PVP College of Engineering and Technology for Women, [PVPCETW] Dindigul
View all colleges in Dindigul 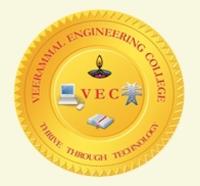 PVP College of Engineering and Technology for Women, [PVPCETW] Dindigul
View all colleges in Dindigul