Jharkhand Academic Council (JAC) publishes the Jharkhand board 10th/Matric examination syllabus on its official website. It is important to note that the board exam question paper is formulated for each subject based on the syllabus topics. Jharkhand board class 10th/Matric syllabus includes Biology, Physics, Chemistry, Mathematics, Social Science and English. Moreover, each section of Science subjects consists of a minimum of five units, which have different weights of marks in the board examination. Candidates can find out more about the JAC 10th syllabus in the following sections:

The class 10th JAC syllabus for Physics consists of 5 units altogether, which are mentioned below:

JAC 10th Chemistry also consists of 5 units which are mentioned below:

JAC 10th Biology consists of 6 units as mentioned below for the candidates to refer to:

JAC 10th syllabus for Maths consists of Quadratic Equations, Coordinate Geometry, Constructions, and so on. It consists of 15 units in total.

Algebra: Scope and Approach: Algebra is the generalized form of arithmetic. Here we will deal with unknowns in place of knowns as in arithmetic.

These are, in general, numbers. It may be recalled that the study of numbers begins with natural numbers, without which we would not count.

These would be used to write large and small numbers in scientific notation. Algebraic expressions and polynomials would be introduced with the help of four fundamental operations on unknowns.

Equating two algebraic expressions or polynomials leads to equations. In the module, a study of linear and quadratic equations would be taken up to solve problems of daily life.

The learners would be acquainted with a different number of patterns. One such pattern, namely  Arithmetic Progression, would be studied in detail.

Some Applications of Trigonometry:

Below are some applications of trigonometry which will be helpful for candidates:

Scope and Approach: In astronomy, one often encounters the problems of predicting the position and path of various heavenly bodies, which in turn requires finding the remaining sides and angles of a triangle provided some of its sides and angles are known.

The solutions to these problems also have numerous applications for engineering and geographical surveys, navigation, etc. An attempt has been made in this module to solve these problems.

It also enables learners to establish well-known identities and to solve problems based on trigonometric ratios and identities.

The learners will distinguish between angles of elevation and depression and use trigonometric ratios for solving simple real-life problems based on heights and distances, which do not involve more than two right triangles.

Statistics: Since ancient times, householders, shopkeepers, individuals, etc., to keep records of their receipts, expenditures, and other resources.

To make the learners acquainted with the methods of recording, condensing, and culling out relevant information from the given data, the learners would be exposed to the lesson on Data and their Representation.

Every day we come across data in tables, graphs, charts, etc. on various aspects of the economy, eye-catching advertisements.

To read and understand these, the learners would be introduced to the lesson on the Graphical Representation of Data. Sometimes we are required to describe data arithmetically like the average age of a group, median score of a group, or modal collar size of a group.

The learners would be introduced to the lesson on Measures of Central Tendency. They will also be taught the characteristics and limitations of these measures. 'It will rain today,' 'India will win the match against England,' are statements that involve the chance factor.

The learners would be introduced to the study of elementary probability as the measure of uncertainty, through games of chance- tossing a coin, throwing a die, drawing a card at random from a well-shuffled pack, etc.

Below are the steps for the candidates to download the JAC 10th syllabus 2022:

Step 1: Visit the official website of the JAC board -  jac.jharkhand.gov.in.

Step 2: Click on the "Syllabus" option under the "Others" section at the top of the homepage. 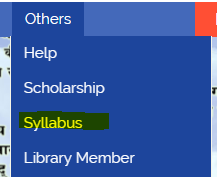 Step 4: A new window pops up with the syllabus for different classes. Click on the "Syllabus for Secondary and Higher Secondary Classes" link. 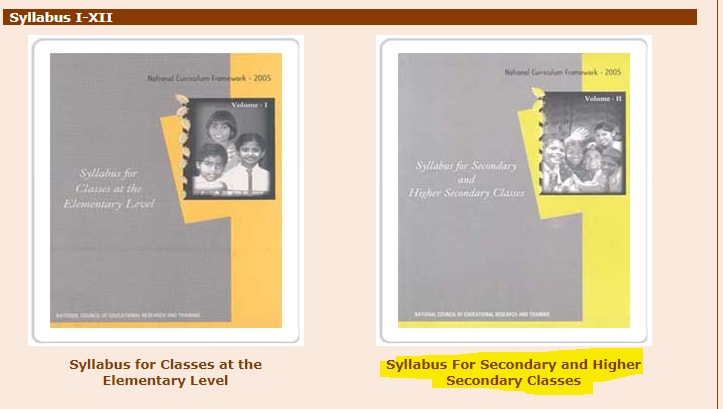 Step 5: Syllabus PDF will open in a new window. Download and save the PDF for further use.