RBBM College, is A Premier Constituent Unit of B.R.A. Bihar University, Muzaffarpur.
It was established in the year 1 June 1969 and is situated in Muzaffarpur, of Bihar State, India. Institution has consistently made long strides in every field, be its education, cultural activities, sports, community development initiations and has made itself visible at the state level educational scenario with a distinct identity, It has constantly expanded itself.

RBBM College, is a Premier Constituent Unit of B.R.A. Bihar University, Muzaffarpur. It was established in the year 1969 and is situated in the heart of Muzaffarpur, of Bihar State, India.
It has embraced 42 years of its glorious history. The first managing Committee was formed under the Chairmanship of Sri Ram Badan Sharma.Sri Raghunath Pandey was the first secretary of its managing committee.
The College was first named Ram Jyoti Kuar Dhanur Benipuri Mahila College, and was started in rented building situated in Naya Tola, Muzaffarpur. Smt Shakuntala Singh was the founder Principal of the college and started running under her experienced guidance.

The College is a Mahila College situated in the Heart of the town. The college received constituent status in the year 1980. It falls under 2f of UGC Act. Self financed Vocational Course of three years Degree course in BBA has been started from the session 2010-13. UGC sponsored vocational course in Clinical Nutrition and Dietetics has been running from the same session.

Tirhut College of Agriculture, Muzaffarpur
View all colleges in Muzaffarpur 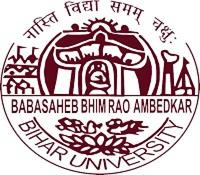 Tirhut College of Agriculture, Muzaffarpur
View all colleges in Muzaffarpur