The Assam Institute of Management was established in 1988 as an autonomous institute of Government of Assam. Prior to that, several diagnostic studies were conducted by the State Government, which identified management inefficiency and dearth of professionally trained management personnel as the main reason for the underperformance of the State Level Public Enterprises and various government sponsored projects.

A true Institute of management has to not only provide management education, but also carry out research, undertake consultancy works and conduct management development and training programmes.

AIM has excelled in all these areas. Since its inception, AIM has pioneered world-class management education and executive development programmes in North-East. The Institute has assisted many government and semi- government organisations through management consultancies and studies.

The institute has conducted more than 300 Management Development Programmes with participants from State and Central Government Departments and Undertakings as well as private sector organizations. Through the flagship 2-year Post- graduate Programme, the institute has made significant contributions to the development of human infrastructure of the region.

Today, AIM graduates are found in various parts of India as well as the Globe, working in organizations of repute. AIM faculty has also won national and international recognition in the field of research. With its multifarious activities, AIM has been able to carve a niche for itself in the national management scenario. However, there is a long way to go and AIM is fully aware of the challenges ahead. 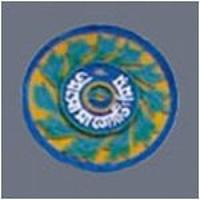