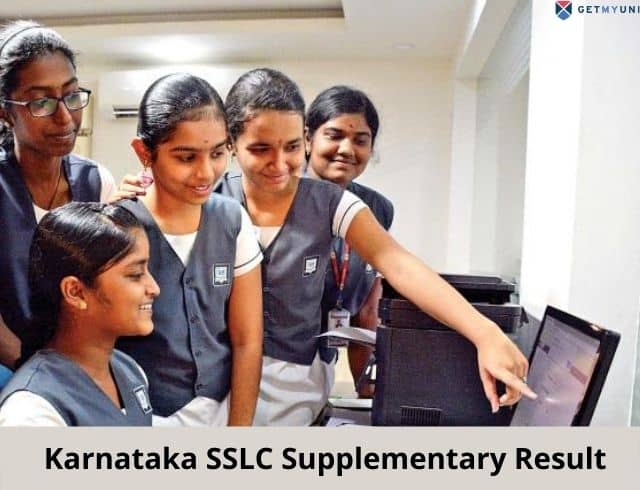 The Karnataka Education Minister has released the SSLC board examination time table 2021, and the exam will commence on 21st June and end on 5th July 2021. The exam has been a week delayed compared to the tentative exam schedule released by the Karnataka Board. Karnataka SSLC supplementary exam will be conducted in July 2021 (tentative), and its result will be out in August 2021 (tentative).

The board will release the SSLC supplementary results on the official website - karresults.nic.in once the announcement of results has been made. Students must fill out a Karnataka SSLC application form on the official website to be eligible to appear for the SSLC Supplementary Exam. A new admit card with a unique number will be issued that the student must keep in hand to be allowed inside the examination hall and check the supplementary results.

Step 2: On the homepage, click on the "Supplementary SSLC Result" link.

Step 3: In the new window, candidates are prompted to fill in the "Registration Number" as provided on the admit card. Once the relevant details have been entered, click on "Submit."

Step 4: SSLC Supplementary Result 2021 will now appear on the screen.

Step 5: Save, download and take a printout of the result for future reference.

Students are advised to thoroughly go through the details presented on the SSLC Supplementary result card and raise them to the respective authorities if any discrepancies arise. Karnataka Board SSLC supplementary result should contain the following details -

Last year, around 8,41,666 students appeared for the SSLC Board examination that the board conducted between 25th June 2020 and 4th July 2020. The same was announced on 10th August 2020, where 6,08,336 of the students were able to successfully clear the examinations and be promoted to 1st year PUC. The board calculated an overall pass percentage at 73.7%, where girls performed significantly better than boys at 79.59% to 68.46% recorded by boys.