Many students fear physics but the path to score good marks in this subject is to remember the formulas, understand the concepts and practice numerical regularly. CBSE class 11th Physics is a transition from general science to a discipline-based curriculum.
Students who want to pursue a career in basic sciences or professional courses like medical, engineering, technology and studying courses in applied areas of science and technology must understand the fundamentals clearly. Additionally, we have provided all the information related to CBSE class 11th Physics Syllabus for your convenience.

CBSE had recently revised and reduced the syllabus by 30%. Students can download the Physics syllabus for class 11th pdf from below. We advise you to print it out and keep it with you while preparing for exams. It will help in checking your preparation progress and also focus on introductory chapters more.

Class 11th Physics exams are divided into two: practical and theory of 30 marks and 70 marks respectively. The exam duration will be 3 hours. Each student can refer to the marks distribution of the class 11th Physics syllabus to prepare for the exams accordingly. The first three units, i.e., Physical World and Measurement, Kinematics, and Laws of Motion, constitute the highest number of marks. The unit-wise marks distribution is as follows -

The record, to be submitted by the students at the time of their annual examination, has to include:

Students must plan their academic year and the first step to the process is to be aware of the syllabus of the subject, exam pattern marks distribution etc., to prepare for the exams. 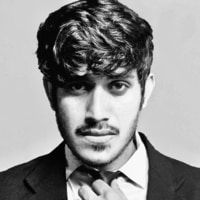