You are here: Home / Archives for Govt Jobs in Bangalore

Freshers, as well as experienced candidates, can make use of the details to apply for various government job vacancies in Bangalore.

Vacancies for govt jobs in Bangalore 2023 for different departments have different requirements. Each department has its own eligibility criteria and educational qualifications. These are detailed in the post to help you easily complete the recruitment process.

The government of Bangalore hires thousands of candidates for various departments such as railways and agriculture. Additionally, defense and police departments also hire candidates.

Notifications for Govts Jobs in Bangalore 2023

The government of Bangalore will release recruitment notifications through various mediums. Medium, such as newspaper ads, post flyers, brochures, and internet sites. The same will be done for govt jobs in Bangalore 2023.

A large number of vacancies are released daily to recruit candidates who have passed 10th pass, 12th pass, Degree Pass, ITI, Diploma, and Master Degree. The academic qualifications and age limit will be based on the post requirements.

The notification for the recruitment is released throughout the year. The releases are done via various media. The releases appear in Newspaper Ads, Post Flyers, Brochures, and Internet  Sites.

The State Government of Karnataka issues notifications for recruitment to the interested candidates who wish to apply for various posts.

Bangalore, officially known as Bengaluru, is the capital of Karnataka, a state in India. The megacity has a population of over ten million and is the third-most populous city and fifth-most populous urban city in India.

It has the highest elevation among India's major cities. It has a multi-ethnic, multi-religious, and cosmopolitan character. Bengaluru is also referred to as the "Silicon Valley of India" or "IT capital of India" as it is the nation's leading information technology exporter.

Many Indian technological organizations like ISRO, Infosys, Wipro, and HAL have their headquarters in Bangalore. Bangalore is the second-fastest-growing major metropolis in India. Bengaluru is home to one of the most highly educated workforces in the world.

It is home to many educational and research institutions, such as IISc, IIMB, IIITB, NIFT, NID R&D Campus, National Law School of India University (NLSIU), and National Institute of Mental Health and Neurosciences (NIMHANS).

Numerous state-owned defense and aerospace organizations, such as National Aerospace Laboratories, Hindustan Aeronautics, and Bharat Electronics, are located in the city. The city also houses Sandalwood, the Kannada film industry.

Thirdly, candidates with a B.Tech, M.Tech, or MBBS degree can apply for upcoming government jobs in Bangalore. Lastly, PG or Ph.D. holders from a recognized university can apply to different jobs accordingly.

There are also criteria for prior work experience, physical requirements, age limit(18 to 65 years), etc.

How to apply for Govt Jobs in Bangalore 2023

Major Parts of the city 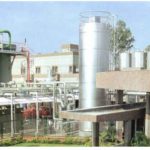 Bamul Recruitment 2023: Bamul Organization will soon be posting new vacancies under Bamul Recruitment 2023. The application portal for the same shall open sometime in Jan 2023. Candidates are advised to bookmark this page for the latest updates. This sarkari exam page will be updated as soon as the conducting authority publishes the notification regarding Bamul Recruitment … END_OF_DOCUMENT_TOKEN_TO_BE_REPLACED 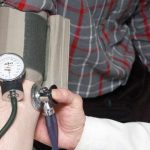 HAL Recruitment 2022: The Hindustan Aeronautics Limited has a number of recruitments that are on-going presently. The candidates wishing to apply should check the eligibility criteria and other relevant details before applying. The current active advertisements have been shared below. The active events under the HAL recruitment 2022 are: Apprentice: Applications are invited … END_OF_DOCUMENT_TOKEN_TO_BE_REPLACED 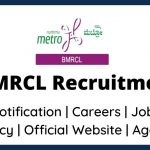 Bangalore Metro Rail Corporation Limited (BMRCL), a Joint Venture of the Government of India and the Government of Karnataka, has published an official notification for appointment to the post of Fire Inspector. The number of vacancies available is 06. The last date for receipt of the application is June 03, 2022. Candidates looking for more updates on BMRCL recruitment 2022 … END_OF_DOCUMENT_TOKEN_TO_BE_REPLACED 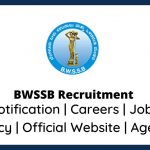 Bangalore Water Supply and Sewerage Board has not yet released the notification for any vacant posts for the year 2022-23. The notifications will be released soon in the upcoming days. To get more information on BWSSB recruitment 2022 and other upcoming government jobs, candidates can follow our page Sarkari exam Also, sign up for a Free Job Alert to get other government … END_OF_DOCUMENT_TOKEN_TO_BE_REPLACED 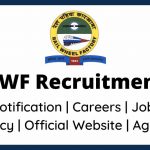