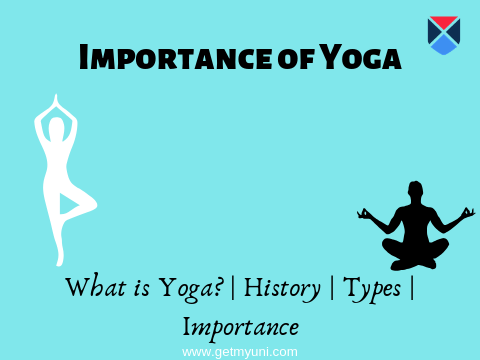 The word Yoga means union and it is derived from the English word Yoka which gives the meaning union with God or union of the infinite spirit. It is a spiritual act that can be said as a form of art as well as a science because it provides a solution for controlling the body and the mind resulting in deep meditation possible. While considering it art it should be practised in a righteous manner to acquire superficial results. Yoga shows oneself to direct his/her energy not only to harmonize human but also to merge the consciousness in the Infinite.

Based on one’s belief, the system of yoga will not revolve and the person has to influence each other of the body and the mind, into mutual harmony. Paralyzed emotions, distress, illness prevents the flow of energy to the brain and decays concentration. The greatness of Yoga can be achieved with persistence and a calm soul. Only when the energy can be withdrawn from the body and directed upward is through deep meditation. In this article, the various information about Yoga is listed as the table of contents.

Yoga is a scientific system of study which deals with physical and mental practices originated in India more than 3,000 years ago. The purpose of yoga is to achieve one’s highest potential and to experience enduring health and happiness. The extension of health far beyond the accepted norm and the improvision of the quality of life can be done with yoga. It refers to a union as an idea and has a potential effect on chronic diseases and conditions that do not respond well with conventional treatment methods.

Yoga is a physical exercise method very well known for its posture and poses and this method Yoga does not consider fitness as a primary goal but expanding spiritual energy by breathing and mental focus. In order to convey its spiritual and guide lessons, yoga often uses the mind map of a tree with roots, trunk, branches, blossoms and so on and each branch of yoga represents a different set of characteristics

Yoga is not like contest you take part and bag a runner-up cup; It favours a quiet, consistent application over theatrical displays and superficial accomplishments. By accepting our limitations, whatever it may be and working with self-acceptance is the key to inner peace.

Termed as a group of physical, mental, and spiritual practices or disciplines, Yoga has its origin from India around 3000 BC. From the very dawn of civilization, the practice of yoga has been in the civilization and to add a quick interesting fact about Yoga, Shiva is seen as the first yogi or Adiyogi, and the first Guru or Adi Guru. The presence of yoga was advent in folk traditions, Indus valley civilizations, Vedic and Upanishadic heritage and there was a primordial or pure yoga which has been manifested in mystical traditions of South Asia. The sages carried this powerful yogic science to different parts of the world, including Asia, the Middle East, Northern Africa, and South America.

Tentatively, the period between 500 BC - 800 AD is considered as the classical period which it considers as the most fertile and prominent period in the history and development of yoga. The aspects of great minds were given importance and were brought through Yoga sadhana i.e mind and body can be brought under control of one and that one can experience equanimity. The period 800 AD - 1700 AD has been recognized as the Post Classical period wherein the teaching of Suradasa, Ramanujacharya was prominent during this period. The period between 1700 - 1900 AD is considered as Modern period in which the great people like Yogacharyas - Ramana Maharshi, Ramakrishna Paramhansa, Paramhansa Yogananda, Vivekananda etc have contributed for the development of Raja Yoga.

Yoga does not adhere to any particular religion, belief system or community; it has always been approached as a technology for inner peace. The philosophies, traditions, and lineages will lead to a happy and healthy life if one follows every aspect of yoga in his/her day to day life.

Stressed out after a long and tiring work? suffering from a chronic disorder or toxification; Well there are different types of yoga out there and based upon your mood and need you can find the variations on yoga and listed below are some of the yogasanam and select the one which may fit you

The word Vi means "in a special way" and Nyasa means "to place". It is an indication of not throwing our bodies around but are counting of each movement in each moment. This type of yoga has a variety of postures. It can be referred to as our external movements that make the expression of how we think and feel. It is a popular form of yoga taught at most studios and gyms. It involves a number of athletic yoga postures and each movement is coordinated with one’s breath. The key point of this type of yoga is to flow from one pose to the next to make your heart pumping. The popularity style of this yoga comes from the sensual movements, pleasant music, usually practised in a dark room, or sometimes by the candlelight and with the eyes closed. Vinyasa yoga helps in developing a more balanced body and regular practice of it helps in reducing the fewer chances of being getting injured.

The word is derived from Sanskrit. ha, meaning "sun", and tha meaning "moon". This involves all the kinds of yoga that are based upon the physical practice with styles like Ashtanga and Kriya. This yoga helps in aligning and calming your body, mind, and spirit. The phase should be slower for Hatha in comparison with other styles. It includes the correct breathing exercise and a lot of meditation with the correct breathing and postures. The primary elements of this yoga are asanas and breath control. The characteristics of this yoga are utsaha (enthusiasm, fortitude), sahasa (courage), dhairya (patience), jnana tattva (essence for knowledge), nishcaya (resolve, determination) and tyaga (solitude, renunciation).

Ashtanga means “eight limbs” which encompasses a yogic lifestyle. The people identify it as the traditional Indian Yoga. This kind of yoga is called Power Yoga and with the primary series and then graduate to the next level when you have mastered it and for that it takes years. This yoga is based on the philosophy of Patanjali. The eight limbs of Ashtanga yoga given below:

Founded by B.K.S Iyengar, it was considered as the popularized in the west about the same time as the Ashtanga yoga. The yogasanam focuses on the correct ailment of the body and very precise moves. With the props like belts, blocks, and blankets the practics improve stability, mobility, strength, and flexibility. This style of yoga is done with music and at a slower pace designed to assist students to get deeper into postures. These props provide support and encourage the correct movement. Precision helps in body alignment in every asana and removing the errors and misalignments that takes place. When this yoga is being done properly then, it also minimizes the risk of injury. For beginners in this yoga, they have been introduced early on to standing poses such as Trikonasana and Virabhadrasana.

Founded by Bikram Choudhury, the key feature of this practice is to set a room with 41 degrees and 40% humidity for a sequence of 90 minutes. Bikram yoga is a version of Hatha yoga that combines both postures and breathing. The purpose of this yoga is to bring oxygenated blood to all your internal organs. Proper posture and alignment is a must for this yoga. In this yoga, the heat helps in improving circulation throughout the body, and stretch muscles. This form of yoga improves strength, provides flexibility, and even helps in weight loss. But keep in mind that the people who are suffering from cardiovascular issues, high blood pressure can be a big problem. So, they should avoid doing this more in their day-to-day life. When you're going to start this form of yoga, then make sure that you're not having any health issues or a history of cardiovascular issues. As a precautionary measure consulting your doctor is recommended.

One of the mysterious yoga practices that are spiritual and also physical. This demanding and mentally challenging yoga involves a lot of meditation, chanting, mudras and breathing exercises. The main purpose of this yogasna is to release energy coiled in the lower spine and with right posture and relaxation the flow of energy can tap into your kundalini shakti. Kundalini Yoga helps in Visualization, Projection and Focused Attention to attain specific effects. Doing this yoga awakens and raises Kundalini energy. In this form of yoga, one can perceive the movement of energy within and outside of the body, and begin its flow to stimulate and awaken the chakras for healing themselves and others.

A meditative practice that allows your body to become comfortable in a particular pose and called by the name Taoist Yoga which focuses on lengthening the tissues within the body. By holding poses for a long time making the connective tissues elastic and improve your blood circulation. If Yang is active, then Yin is passive, meaning the muscles are allowed to relax with gravity and rest. Its main goals are providing inner silence and bringing to light a universal, interconnecting quality. It is advised to practice this yoga when the muscles are not yet warmed up. To do this form of yoga, the room temperature must be a little higher than usual. During yin asanas, muscles are relaxed and freed.

The word Jiva means "individual living soul" and mukti means "moksa", which indicates the cycle of death and rebirth. Created by Sharon Gannon and David Life in New York, this incorporates Vinyasa style and sequences with chants, meditation, deep relaxation, and pranayama. Jivamukti centers also offer courses in Hindu scriptures, Sanskrit and Kirtans. This is a good blend of spiritual and physical exercise.

There are 5 tenets of this yoga which are as follows:

The purpose of Yoga is to build strength, awareness and harmony in both the mind and the body and with various types of yoga which includes the breathing exercises, meditation, and assuming postures the benefits of yoga are many and let’s see a few in them.

The prevalence of yoga has been upsurge over the last few decades from medical professionals to celebrities. To maintain a balance between oneself and the environment, it is necessary for every human to adapt to Yoga as a healthy choice of lifestyle in order to

In addition to all of this, eating good food is responsible for our good health as the food we consume has influenced both on our body and our psyche as food is the main source for our physical energy.

Yoga is not just about bending or twisting the body and holding the breath. It is a technique to bring you into a state where you see and experience reality simply the way it is. If you enable your energies to become exuberant and ecstatic, your sensory body expands. This enables you to experience the whole universe as a part of yourself, making everything one, this is the union that yoga creates.

Read more on how to increase concentration in studies by yoga