No. of Self-financed Departments : 11

Our Founder-Principal, Dr Miss Eleanor McDougall succintly stated the aim of the college as follows -"We can do no better service to India, than to liberate the energies of wisdom and devotion which are latent in a woman and to infuse into them the vital ideals of Christianity ". Under her able leadership, Women’s Christian College started functioning on 7th July 1915 with 41 students and 7 members of Faculty in a rented building named ‘Hyde Park’. On 5th July 1916 the College moved to its own campus of 19 acres attached to an imposing building called ‘Doveton House’ on the banks of the Cooum in Nungambakkam.The College from its inception provided a training ground for formal and informal relations between Staff and Students through study, cultural activities, debates, games and religious observance. At present, the College has a strength of around 3224 students and 180 Faculty members and is a government aided minority institution.M

In the very first week the College Motto "Lighted to Lighten", a College flower – Sunflower, the College crest and the College song were chosen. Later, the students composed the Alma Mater and set it to the tune of Finlandia by the famous composer Sibelius.

With the tremendous progress achieved through the years the College planned for autonomy and was granted the same by the University Grants Commission. Since 1982 the College has been functioning as an autonomous institution affiliated to the University of Madras. In the year 1994 the College was selected by the University Grants Commission to offer Vocational Training Courses in Industrial Microbiology and Biotechnology in the Botany and Zoology Departments respectively at the undergraduate level. In 2001 the college began the B.Sc. Nutrition, Food Service Management & Dietetics (Vocational Stream) course. The College began self-financing courses since 1997 and now offers M.A. (Communication), M.A. (Human Resource Management), M.Sc.(Physics with specialisation in electronics), B.Com, B.B.A. and B.C.A., B.A. Corporate Economics, B.Sc. Visual Communication, M.Sc. Biotechnology, M.Sc. Information Technology and M.Sc. Computer Science & Technology.

Almost from the beginning, the College has had ties with similar institutions both in India and abroad. In the U.S.A. Mount Holyoke College in Massachusetts has adopted this College as its sister College and from time to time has sent gifts of both money and books. In fact, as a gesture of gratitude one of the hostels in WCC has been named as the Mount Holyoke hostel and the Inter-class cultural festival is known as the Mount Holyoke culturals.

Since many of the graduates went on to take up teaching jobs, a daughter institution for training graduates to teach was started in 1937 with a member of Faculty, Miss Nora Brockway as its first Principal. It was called the Saint Christopher’s Training College for women and moved from our campus to its own campus in Vepery. 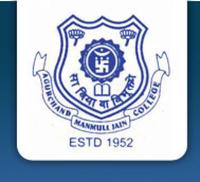 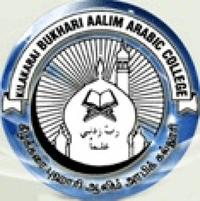 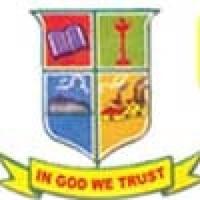 GTN Arts College, [GTNAC] Dindigul Dindigul   7/10
View All Questions & Answers
Are you interested
in this College?