About Salim Ali Centre for Ornithology and Natural History, Coimbatore

About Salim Ali Centre for Ornithology and Natural History, Coimbatore

The Sálim Ali Centre for Ornithology and Natural History (SACON) came into being in 1990, at the beginning of the decade that set the twin issues of conservation of biodiversity and its sustainable use in the agenda for global action. The richness of India’s biodiversity and its rapid erosion in the last few decades need no telling. Most ecosystems have been degraded, fragmented and depleted to an extent that their conservation requires intense and informed management.

Dr. Sálim Ali in the last years of his life was more convinced than ever that conservation in India would be futile exercise unless it also conferred benefits to the people who bear the costs of conservation. In the 1980s, his efforts were on establishing an Institution, which would take up the challenging task of developing expertise and knowledge in conservation. This unfortunately did not materialize during his lifetime.

It was Dr. Sálim Ali’s dream to have an institute dedicated to undertake research on Indian Birds as he felt that its data was scanty. This dream was realized by the ceaseless efforts of the Bombay Natural History Society, Mumbai (BNHS) and Ministry of Environment and Forests (MoEF&CC), Government of India. The research institute, fully funded by the MoEF&CC was formally inaugurated on 5th June 1990 and registered as a society under the Society Registration Act 1860. In appreciation of his lifelong services to India’s bird life and conservation of natural resources the Sálim Ali Centre for Ornithology and Natural History (SACON) was named after Dr. Sálim Ali. SACON was dedicated to the nation on February 11, 2000 by the Honourable Minister for Environment and Forests, Government of India, Mr. T.R. Baalu.

The 55 acre campus at Anaikatty, 24 kms northwest of Coimbatore a midst the foothills of the Nilgiri Biosphere in the backdrop of Western Ghats is one of the ‘hot spots’ of bio-diversity in the world, offers envious opportunities to undertake long-term studies on various aspects of its avifauna, and on the biological principles and phenomena involved in the maintenance of the fragile systems. The trijunction of Kerala, Tamil Nadu and Karnataka in the Western Ghats, considered to be one of the best wildlife areas in the country having a large number of Protected Areas, is within a few hours drive. SACON also sets up field stations in various parts of the country according to the requirements of the research projects.

SACON, an autonomous Centre of Excellence, is a national centre for studies in Ornithology and Natural History. Over the years SACON has completed over 200 research projects related to birds and its ecology and published over 600 scientific and popular articles. As on date, 35 Ph.D scholars have graduated majority of whose work deals with ornithology.

The Sálim Ali Centre for Ornithology and Natural History (SACON) is in receipt of ‘Best Eco-friendly building award’ in Coimbatore which was awarded by Kovai RACK and British Scholars on 27.03.2008.

SACON came into being at a time when the twin issues, namely the sustainable use and conservation of natural resources figured in the global agenda. Realizing the indispensability of holistic approach in avian studies and conservation, the major objectives of SACON have been envisaged encompassing the entire natural history with ornithology at the centre stage. 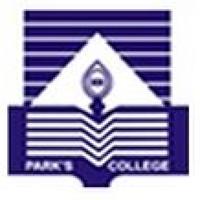 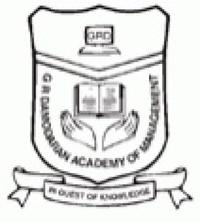 Madras School of Social Work, [MSSW] Chennai Chennai   8/10
View All Questions & Answers
Are you interested
in this College?