In olden times the ancient arts of music, dance and fine art used to command a place of pride and prominence due to classical and technical perfection and excellence that was associated with the performing and visual arts. People used to admire the same the world over. The Indian classical music and dance had been developed by the sages as a vehicle of adulation and expression. In a way, these arts covered the entire gamut of emotions and feelings of human beings.

Today, the Kendra is one of the oldest affiliating and examining body of India with its Headquarters in Chandigarh, an enormous sister set-up in Mohali (Punjab) and a zonal office for Eastern region at Kolkata (West Bengal) besides zonal/liaison office at Ludhiana and Bhubaneswar (Odisha). It conducts examinations spanning over nine years and awards certificates and diplomas of Prarambhik, Bhushan, Visharad, Bhaskar and Churamani to the successful students. The Kendra has grown taller with each passing year.

Since its beginning in 1956, the Pracheen Kala Kendra has grown into a premier All-India institution with a network of more than 3500 affiliated centres located all over the country and abroad which under supervision of the Kendra  and as per its rules and regulations (Examinations) conduct prescribed examinations of the Kendra every year. Affiliation is granted to such academies and institutions after proper assessment of their infrastructure and facilities for training, and they are required to observe the Rules and Regulations of the Kendra prescribed for the said purpose. The number of such affiliated centres has been increasing with every passing year.

It is because of Kendra’s universal presence and the excellence as well as high standards achieved by the Kendra in conducting its various examinations and the confidence created by its track record of maintaining high quality and reliability have prompted various State Governments, Education Boards and Universities to accord recognition to the certificates and diplomas awarded by the Kendra as requisite qualification for the purpose of appointment of teachers/lecturers in schools/colleges as well as taking admission in higher courses of study under their respective jurisdictions.

Kendra also organizes cultural programmes, Painting workshops and exhibitions, sit and draw competitions in various cities such as Kolkata, Khairagarh, Bhubaneswar, Patna, Ranchi, Mohali, Ludhiana, Jammu and New Delhi. No other such institution is working at such a large scale as Pracheen Kala Kendra as Kendra not only imparts education in the field of Classical Music & Dance and Fine Arts (Painting) to its Students but so also provides them Platform to showcase their talent by organizing cultural events and Painting workshops. The Kendra has grown taller with each passing year.

The library serves as a backbone to professional activities of all institutions across the world. Keeping this in view, the Kendra maintains an extensive Library where students can freely consult a collection of text books and reference materials, journals, magazines, periodicals, research reports on Music and Dance of both classical and folk varieties as well as Fine Arts for their studies. The Library is regularly stocked with authoritative and rare books and publications of reputed scholars. The Kendra is in the

The Kendra has a regular scheme to award scholarships to brilliant and indigent students on the basis of their results in the various examinations conducted by the Kendra. The recipients of such scholarships are provided with opportunity for further training and education in the subject(s) of their choice at Chandigarh under the able guidance of highly qualified teachers of the Kendra. These scholarship awardees, on completion of their training, are also provided assistance in securing suitable placement in edu 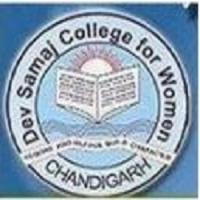 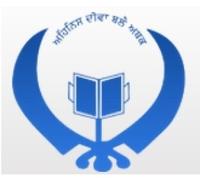 Indian National Portage Association, Chandigarh Chandigarh
Are you interested
in this College?