The class timing for a class is 10:00 am to 2:00 pm. The teaching method is average. Experience in this college is average.

Sports and other activities are done every semester. The annual function is very entertaining. College life is good.

Future of the world lies in advancement of science and technology. The educational system should be able to enlighten intellect and hone each and every student into a gem by subjecting them to rigorous exposure to learn and practice before he or she steps out to serve the society. In order to fulfill this cherished desire to participate in the development of the nation at its foundation level, ‘Vanspati Smriti Siksha Samiti’ Bhopal established its first engineering College named Patel College of Science & Technology in July 2002 at Ratibad, Bhopal. Subsequently, a number of colleges under the banner of Patel Group of Institutions (PGOI) were established; Patel college of Pharmacy (2004), Patel College of Education (2005), Patel Institute of Engineering and Science (2008) at its Bhopal campus; and Patel College of Science & Technology (2006) and Patel College of Management (2005) at Indore. The PGOI has state of the art infrastructure for academic education and skill up-gradation, co-curricular, sports and cultural activities. PGOI is known for its highly qualified and experienced faculty that synergizes brilliantly with the students. The education at PGOI does not end with the course curriculum it extends to practical application of the skills learnt via internships, seminars & live innovative projects. Special care is taken to develop intra-personal skill of each student especially communication, competitiveness, sports, cultural and entrepreneurial. Our students and faculties are invited in prestigious national conferences, and seminars. Publication in reputed national and international journals is a regular feature of students and faculties.

In order to cater the increasing demand of technical education in the country, VANSHPATI SMRITI SHIKSHA SAMITI, Bhopal, was formed in the year 200l. This group started its second Engineering College PATEL INSTITUTE OF TECHNOLOGY in Bhopal to serve its purposein the year 2007. The campus is spread over sprawling 91 acres of land with well connectivity with road, rail and air network. The college is approved by AICTE, New Delhi and is affiliated to RGPV, Bhopal.

Hostels :
Separate hostel for girls and boys are provided in the campus. Spacious rooms equipped with furniture, Cot, Table, Chair and a large sized Cupboard.

Auditorium :
Fully AC auditorium with one time capacity of 1500 is available in the college for conducting various cultural activities.

Patel Group of Institutions helps the students in meeting their career aspirations by inviting various companies for campus recruitment. The Group has a full fledged & dedicated “Placement Cell”, which is in constant touch with the industries and essentially keeps the students informed about the requirements and developments in different industry sectors regarding career opportunities available. Right from the inception each student is consciously counseled as regards to his/her career aspirations and options with the potent 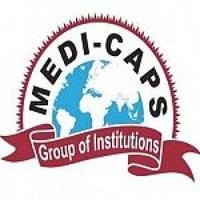 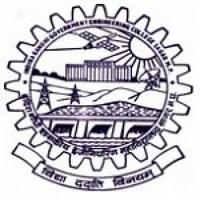 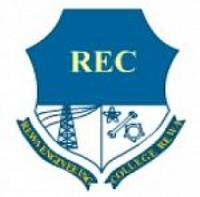 Rewa Engineering College, [REC] Rewa Rewa   4.8/10
Are you interested
in this College?