Bharatiya Jain Sanghatana (BJS) - is based in the progressive city of Pune (Maharashtra, India). BJS aims to work towards a stronger India through the creation of a more transparent social fabric across the nation. In aiming for this objective, a major task would be to rid the country from age-old practices followed blindly, generation after generation. The founder President of BJS Shri Shantilalji Muttha has been in the forefront of social service. His leadership style reflects his personal devotion and sincerity towards selfless service and genuine concern for social issues. During the early years, the focus was on how to bring about social reforming matrimonial practices prevalent in the country. The experience gathered in this sphere of activity helped BJS to established a well-knit network of volunteers willing to devote time and their own funds to prorogate the organization's aims. The following year wise breakup is the full proof of how BJS has devoted towards its goals and objectives:

Since 1985, BJS regularly organizes mass marriages, match making sammelans and provides for family counseling. Since 1995 all marriages in his own family (including of his own son & daughter) have been solemnized under this scheme.

In 1988 BJS has been holding medical camps successfully for the last 15 years, especially in the rural areas. These includes Plastic Surgeries which  are held for more than six months each year and conducted by renowned specialist doctors from US. This has benefited thousands of needy people every year. In 1992 BJS played significant role by contributing in restoration of Place during Mumbai riots.  Peace March was organised Pune to Nagpur.It was encouraged and attended by many national and International prominent persons including late Acharya Sushil Muni, Swami Chidanandji, Moulana Wahiduddin Khan Saheb, Padmabhushan Shri Anna Hazare, Justice C Dharmadhikari, Padmabhushan Late Shri Govindji Shroff and many more.

Significant efforts and contribution have made in  post Latur Earthquake, in terms of relief work.  Wagholi Educational and Rehabilitation Center (WERC). runs houses and hostels, schools and college for 1200 hundred children and has been appreciated and applauded by many National and International Dignitaries including Hon. President of India Dr. APJ Abdul Kalam, during his Pune visit on November 30th. 2002.

"Persuasions of studies in Arts, Science and Commerce with vocational training based on concept of earn-as-you-learn principles and plethora of extra-curricular activities to ensure all-around growth."

The college has 850 students and 5000 sq. meter, four storied, airy, well equipped and well furnished, attractive building to carve the pillars of nation through higher education by inculcating basic values and making students of all-round personality.

The College has a Career Councelling and placement cell.

Board of trustee members, Well-wishers and members of parent association have donated fixed amounts (Rs. 10,000/-) for encouraging successful advance learners from various faculties on the basis of their final year result. First rank Students of various faculties are given cash prices from the interest of these donations in cash.

Diploma in Mass Media And Communications 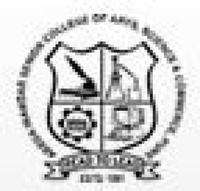 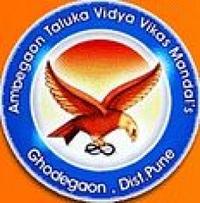 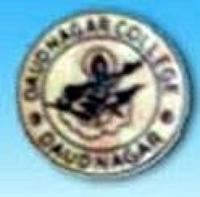 Daudnagar College, Aurangabad Aurangabad
Are you interested
in this College?