Established in 1958, the second of its kind, IIT Bombay was the first university in India to be set up with foreign assistance. The funds from the UNESCO came as Roubles from the then Soviet Union. In 1961 Parliament declared the IITs to be ‘Institutes of National Importance'. Since then, IIT Bombay has grown with the strength to emerge as one of the top technical universities in the world. This institute is particularly recognized worldwide as a leader in the field of engineering education as well as research. Reputed for the outstanding caliber of students graduating from its UG and PG programs, the institute attracts the best and the most excellent students from the country for its bachelor's, master's, and doctoral programs. Research and academic programs at IIT Bombay are driven by a reputable and outstanding faculty, many of whom are known for their research contributions globally. IIT Bombay also builds partnerships with peer universities, both at the national and the international level, in an effort to enhance research and enrich its educational programs. The alumni of the institute have distinguished themselves through their achievements and contributions to different industries, academics, researches, businesses, government, and social domains. The institute works closely with the alumni network to enhance its activities through interactions in academic and research programs as well as to mobilize financial support. 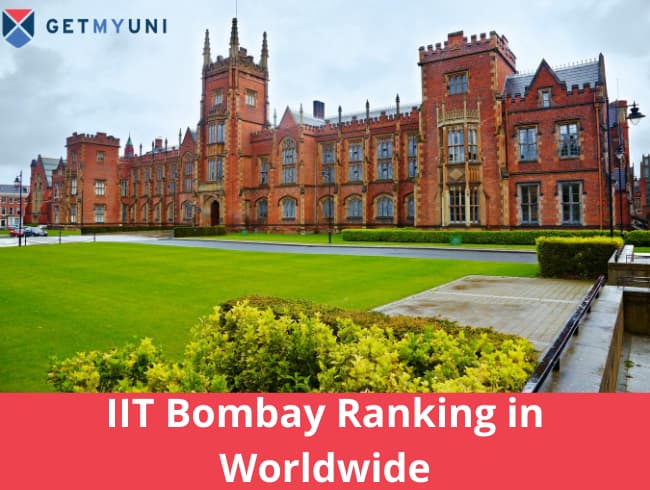 The QS World University Rankings is a yearly publication of university rankings which consists of the global overall and subject rankings. The ranking helps students identify the name of the world’s top universities to study in 48 different subjects and 5 composite faculty areas and in different countries in Asia, Latin America, Emerging Europe, and Central Asia, and the Arab Region. The QS World University Rankings is the most widely read university rankings in the world. In this article, find information related to the ranking of IIT Bombay at a global level and other information.

IIT Bombay has secured the first position in India and the 49th globally in Engineering and Technology with an overall score of 79.9 out of 100 in the Quacquarelli Symonds (QS) World University Rankings by Subject for 2021. The results were released on Thursday, March 4, 2021, by QS. IIT Bombay, is India’s highest-ranked university among the top 200 global universities, with the IIT Bengaluru, and IIT Delhi also securing a place in the 200-bracket, according to the QS World University Rankings 2021.

Overall, 21 Indian higher education institutions are in the top 1000. Other IITs in the top 500 are Madras 275th rank, Kharagpur 314th rank, Kanpur 350th rank, Roorkee 383rd rank, and Guwahati 470th rank. The table below shows all the ranking by QS World Rankings 2021, given to IIT Bombay:

According to the QS World Ranking, the universities are ranked based on the following parameters:

IIT Bombay Ranking in Each Parameter 2021

IIT Bombay ranks 49th in the world, with an overall score of 79.9 out of 100. Among the six parameters, Employer Reputation is the strongest for IIT Bombay. For more information on the parameters, refer to the table below.

IIT Bombay ranks 1st in India, with an overall score of 79.9 out of 100. Among the six parameters, Employer Reputation is the strongest for IIT Bombay in Indian ranking also. The institutes lack an international outlook in terms of scores in each criterion. For more information on the parameters, refer to the table below.

IIT Bombay has a total of 16 departments and 19 centers offering numerous bachelor's, master's, and doctoral courses under various disciplines such as Engineering, Science, Design, and Management. The table below shows the IIT Bombay courses students can opt for in their streams.

The IIT Bombay admission is done on the basis of academic performance and entrance exam cutoffs set by the institutions.