Karnataka is well-known for its good structured educational system, with a high total literacy rate of 75.60%. This state is also an expert in recruiting a maximum number of educators in all levels of education. The Top University in Karnataka consists of UGC recognized, Private, Government, and Deemed Universities. An educational and technical hub that is Karnataka, has one central university, 25 state-run universities, 6 private universities, and 15 deemed universities. The Top University in Karnataka has contributed to the improvement of the educational standards in the state and witness a significant enrollment for the UG and PG courses of study in the state. 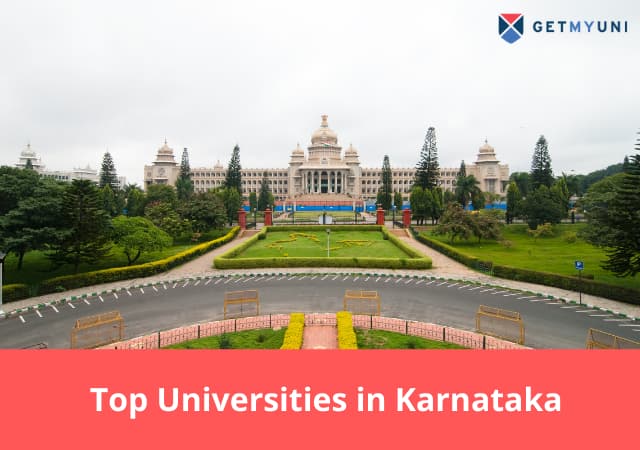 Find the details of all the Top University in Karnataka listed above, with their campus details, courses, what the universities are known for, and their recognition.

Established by Jamsetji Nusserwanji Tata, a strong businessman and a humanitarian, the Indian Institute of Science (IISc) was conceptualized in the late 1800s. Tata set up a provisional committee that runs under the leadership of Burjorji Padshah, a renowned-educationist, who was responsible to come up with an outline for the proposed university. The NIRF ranked IIS Bangalore at the No. 1 position among the top universities in India. The Institute was started with just two departments namely Electrical Technology and General and Applied Chemistry. Today the college has over 40 departments expanded across six different divisions: Biological Sciences, Chemical Sciences, Interdisciplinary Research, Mechanical Sciences, Electrical Sciences, and Physical and Mathematical Sciences.

The Manipal Academy of Higher Education [MAHE] was formerly known as Manipal University. It was established in 1953 and is located in Manipal. MAHE has branches in different cities in India including Bengaluru, Sikkim, Mangalore, and Jaipur. MAHE has established international branches in Nepal, Antigua, Dubai, and Malaysia. The university has various professional institutions in engineering, management, health sciences, communication, and humanities to cater to the educational requirements and needs of the society. MAHE University in Manipal has been nestled on a plateau in the Udupi district of the state of Karnataka.

The University of Mysore, [UOM] was established in 1916, which is located in Mysore. It is the first state university in Karnataka, India, and the Sixth oldest university in the country. Also, it is the first university of the country to be set up outside the limits of British India. It was also the first university to be accredited by the National Assessment and Accreditation Council aka NAAC in 2000 with Five Star Status. The University now stands on 27th position among top universities in India and 3rd position among Top University in Karnataka. The university was founded by the efforts of the benevolent and visionary Maharaja of Princely State of Mysore who was the Highness Shri Nalvadi Krishnaraja Wadiyar IV [1884-1940], and also then Diwan Sir M. Visvesvaraya [1860-1962]. The university is spread across 739 acres of land, surrounded by greenery and a beautiful environment. The courses offered at UOM are at UG, PG, Diploma, Ph.D. level programs.

Bangalore University, [BU] is one of the best colleges in Karnataka with the affiliation with many top universities in the state of Karnataka. It was established in the year 1964 and has achieved great heights in delivering high-quality education to its students. It was been accreditated by National Assessment and Accreditation Council with a NAAC-’A’ grade. The University is recognized and is approved by the University Grants Commission [UGC]. The University facilitates programs for UG and PG degrees in fields of Science, Arts, Law, Commerce, and Technology along with the Distance Education Programme (DDE) in numerous fields. The selection of any of these courses at BU is based on the entrance examination like the PGCET, GATE, and KCET, etc. followed by a counseling process or purely on merit basis.

Kuvempu University was established in the year 1987 and is affiliated to the University of Karnataka. The university was named after the great Kannada writer, Kuvempu. KU has one of the largest campuses spread across more than 230 acres built in a hillock, blending with the surrounded area. The university is spread across four districts of Shimoga, Chikmaglur, Chitradurga, and Davangere. They also have a PG center at Davangere and Kadur. The university also offers conventional as well as non-conventional courses. The University has a total of 459 PG departments of studies in English, Political Science, Sanskrit, Hindi, Urdu, MSW, Economics, English Language Teaching, Sociology, Journalism and Mass Communication, etc. In the academic year 2007-08, they started with a PG program with 3 courses at Master of Business Economics, Master of Business Administration, M.Sc levels. For the establishment of PG Centre at Kadur Karnataka, the State Government has allotted 65 acres of land and also released 2 crores for the development of the PG Center.

Jain University is located in Bangalore and is a deemed-to-be-university. Jain University, Bangalore has ranked among top universities in India for many years now. The management of Jain University, Bangalore works with a mission of fostering human development through excellent research, education, and entrepreneurial spirit. In 2017, Jain University in Jayanagar got accredited by the NAAC - National Assessment and Accreditation Council with an ‘A’ grade. The University offers many UG, PG, and Doctoral programs in the field of Engineering, Commerce, Science, Law, Management, Humanities, and Social Science, Design, Language, etc. The institution has around 87 international as well as national collaborations with the leading organizations and universities in the USA, UK, Canada, Germany, Russia, etc.

PES University, [PESU] Bangalore is a private university and is one of the country’s leading teaching and research universities. PES University is one of the Top University in Karnataka with the best teaching and research facilities in India. It was established under the Karnataka Act 16 of 2013. With excellent management, faculty, and staff, it helps mold the graduates to adapt to the technological and industrial environment. PES University has a good infrastructure with all modern facilities. The quality of education is provided through the main focus on critical skills. The university offers courses in areas like Engineering, Life Sciences, Medicine, and, Management. The University conducts various entrance examinations (depending on the program) for taking candidates in UG, PG, and Ph.D. Programs. The UG Courses offered include BE/ B.Tech, B.Des, B.Com, BBA, B.C.A., B.Sc, MBBS, B.Pharm. and B.Arch. The PG courses offered include ME/ M.Tech, M.Sc, MBA, M.Com, M.Pharm, MD, MCA, MS, degrees under different specialization subjects.

Christ Univesity was started in 1969 and was formally known as Christ College. The university is administrated by the Carmelites of Mary Immaculate (CMI), a Catholic Congression, which was founded by an educationalist and social reformer, St. Kuriakose Elias Chavara in the year 1831. The Christ Univesity was established based primarily on his educational vision. UGC - University Grants Commission gave the university an autonomous title in the year 2004. In 2006, the University was identified as an Institution carrying ‘Potential for Excellence'. In 2008, Christ University was declared as "Deemed To Be University" by the Ministry of Human Resource Development (MHRD). Christ University is also accredited with an “A” grade by National Assessment and Accreditation Council [NAAC] in the years 1998, 2004, and 2016. The University was one of the first institutions in the country to be accredited in 1998 by the NAAC. Christ University Admission can be done online for various UG, PG, and doctoral programs in humanities, science, economics, social science, management, engineering, education, and law.

REVA University is a private educational university that was established in 2004 in Bangalore with a beautiful campus of about 45 acres in size. The university currently has the accreditation of UGC, AICTE, and COA. REVA strives to stick by its motto - ‘Knowledge is Power. The university currently offers around 32 UG Programs, 25 full-time and 2 part-time PG Programs, Ph.D. programs, and many diploma courses. The postgraduate diploma courses are offered in the fields of architecture, science, and technology, engineering, etc. 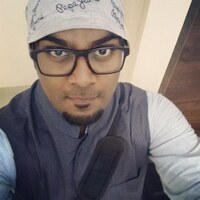 Naveen is a Sr. Content Marketing Specialist and articles connoisseur at GetMyUni. He is a passionate writer who has over three years of experience in funtertainment content, freestyle writing, web-based content, and graphic designing. He is a Computer Science & Engineering graduate, a Marine Cadet, a self-taught Chef, a freelance Photographer, and a Caricature/Anime Artist. This combined background with the never-ending passion for new information is what makes his research the most reliable. His strengths swirl around creative writing, infographics, exploring multiple resources for content development, and a learning SEO. He believes the world would be a better place if the anime world was real. If he is not working, you might find him whipping up some crazy dishes, you can join him if you want to be his lab rat. He loves to spend his free time sketching (digital)- the world of creativity.