The British School, New Delhi is an independent English medium school that was established in 1963. This is a not-for-profit school that follows the National Curriculum of England that has been adapted to the international context from the Early Year Foundation Stage (EYFS) to Year 9, IGCSE curricula for years 10 and 11 and IB Diploma Programme for years 12 and 13. The school currently has around 1200 students from 66 nationalities enrolled. The British School in New Delhi also maintains a smaller student-teacher ratio of 1:8 to be able to provide individual attention to every student.

The British School in New Delhi was first founded in 1963 by 30 students of six different nationalities. The school was first aimed at providing education to the children of the diplomatic and expatriate community. It has widened its area of interest ever since to adapt the international and British educational system in an Indian context. The school is managed by the British School Society and headed by the British High Commissioner of India.

The first step towards admission to the British School, New Delhi, is to fill out an online application form that is available on the board's official website. The following documents will be needed at the time of registration,

A fee of INR 20,000/- is required to be paid at the time of registration for the registration process to be successful.

The application form is valid for a period of two years from the date of registration.

Prior to the student appearing for the written examination, the following documents need to be submitted

For year 1 to Year 9 - Written examination in English and Mathematics.

For year 10 and year 11 - Written assessment in English, Mathematics, and Science.

The examination will take place within the campus of the British School, New Delhi.

Upon successfully clearing the written assessment, the selected students will be required to come for a face-to-face interview. For overseas candidates, the interview may be conducted over a video call.

It is important to note that the choices of subjects for the IB program will be determined through the interview. 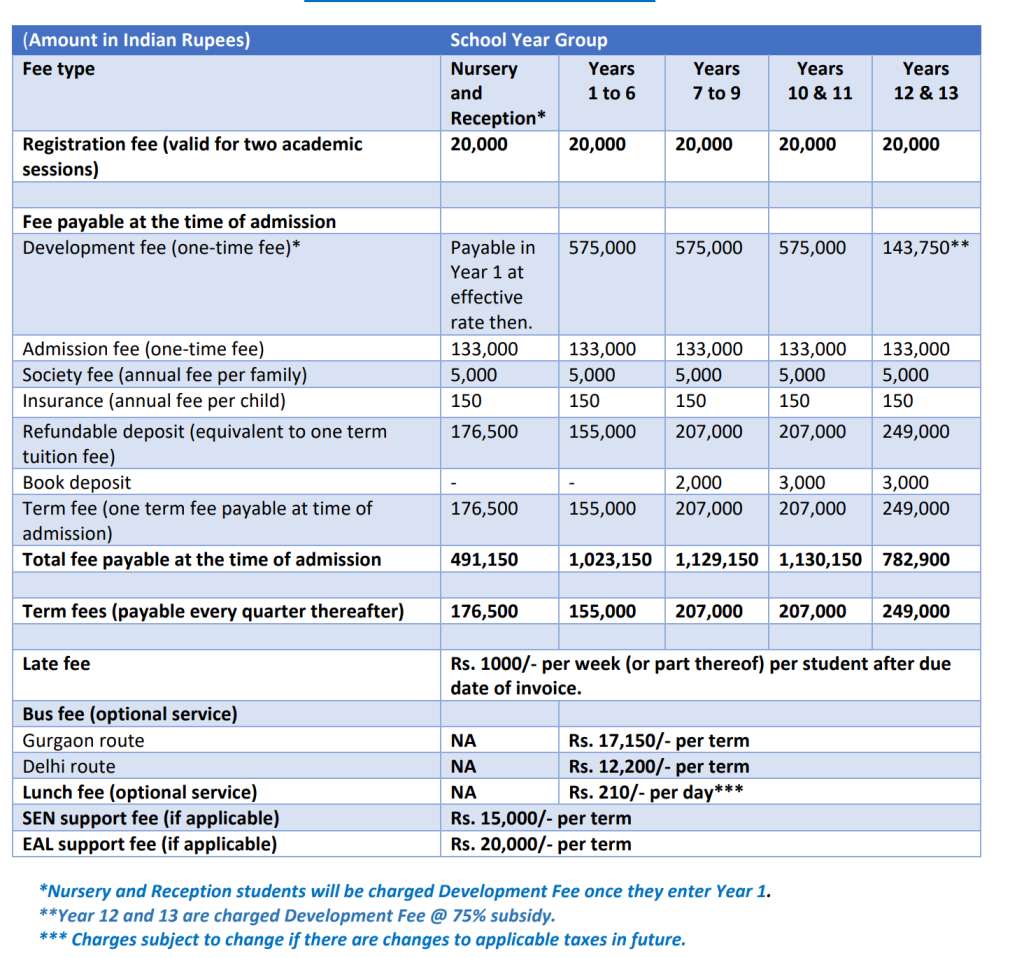 The school provides interactive air-conditioned classrooms to its students. All indoor spaces within the campus have their own air purification system. A number of facilities are present in the school to meet the needs of students not only at the academic level but also that assist in fulfilling their extra-curricular interest.

In April 2020, the school won the Safety Excellence and Golden Award from Momentum India for meeting the health, safety, and environmental standards of international benchmarks. A few more recognitions are: